“The Unwelcome Guest: How Scotland invited the tobacco industry to smoke outside”[edit]

Obtaining support for the use of ventilation is a tactic also outlined in BAT’s ‘Project Care’ report, which is described as concerned with “resocialising smoking” by gaining support for air filtration. "The ultimate objective is to win the support of non-smokers to retaining the availability of the indoor environment for smokers”.

We are proud, but we are under no illusions as we move into the pre-implementation phase of going smoke-free. The journey doesn’t stop here. In many ways this is just the beginning. There is already talk of legal action from sectors of the hospitality industry, and we know from experiences in other countries that we will face further opposition in various shapes, forms and guises. There are many tobacco industry battles to come, in Scotland, in the UK and internationally. Our tale of victory isn’t sufficient in itself to force the tobacco industry to concede.

Indeed, their journey hasn't stopped there. 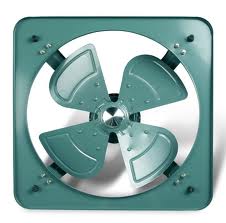 This raises quite a number of questions. The expected “many tobacco industry battles to come” justify delaying research and development of essentially life saving technologies, such as ventilation/air cleaning. Declaring that “there was no safe level” for second hand smoke and concluding that nothing other than an indoor tornado would be effective and therefore only a smoking ban would ensure this illusive “safety” air filtration research[1] and development has been and is being seriously compromised. Yet air filtration is very important, ensuring a safe environment for countless workers and the public. In a hospital environment when it comes to eliminating hospital acquired infections, such as MRSA (methicillin resistent staphylococcus aureus), air filtration is a vital tool. Would this development and deployment of air filtration in hospital environments not have come much sooner if it wasn't for ASH's negativity? If viruses (0.001–0.01 microns) can be eliminated and destroyed from air in an enclosed space[2], what is the problem with cigarette and cooking (0.3–1.0 microns) smoke?

Micron = a metric unit of length equal to that of one millionth of a meter.

Furthermore, the benefit of air filtration outside the hospital environment is becoming a possibility in controlling other potentially lethal viral infections[3]. It is a well known fact that micro-organisms adapt at an alarming rate; bacteria become resistant to antibiotics and relatively harmless viruses show mutations changing them into something deadly.

Prof. Med. Grieshaber raises the issue of air pollutants being the cause of lung cancer in chefs in commercial kitchens, but also bakers in his book “Götterdämmerung der Wissenschaft”[4]:

The air pollutant sources in kitchens and bakeries are well known to the BGN (Berufsgenossenschaft Nahrungsmittel und Gastgewerbe), as we have spent a long time dealing intensively with them. Ventilation and air conditioning has been also an issue for the BGN for a long time, long before technical solutions for non-smoker protection became an issue of interest.

Conventional ventilation and air condition installations in kitchens usually transport the hazardous materials right past the airways of the chefs before they are being passed into the air. Therefore our experimental and research work concentrated on developing a ventilation type and making it operational, with which this can be avoided.

The results of our research were installations, which are based on the principle of layer ventilation. Such systems are naturally not only suited to eliminate the carcinogens produced during cooking and baking, but the principle is also applicable for use in smoking areas. Tests with such equipment installed in catering businesses have already taken place and in our opinion the results were convincing.

Only the zero exposure ensures health. This should be achieved. No however cleverly devised ventilation system can be an effective equivalent.

Does this also apply for potentially lethal micro-organisms and e.g. cooking fumes/smoke?

What about city environments in which outdoor pollution poses a threat to any indoor environment[5]?

The WHO declared Diesel emissions as the third largest cause, after asbestos and silica dust, of work related cancer deaths in the UK[6].

What about indoor air quality and the “Sick Building Syndrome”? Many buildings were retrofitted with insulation, vapour barriers and new, tighter windows and doors. New building construction techniques were developed to decrease the amount of heat transfer through walls and windows and reduce the volume of air infiltration or exchange through walls, windows and doors. As a result, the build-up of contaminants and moisture inside buildings that had previously provided a healthy environment became an issue[7].

Ventilation technology is of utmost importance when it comes to Offices, Schools, Libraries and Museums.

What about wild fires[8]?

What about coal miners[9]? Sparkle Bonds, staff manager at the Virginia Black Lung Association, said many miners are working for not only longer hours, but for more days in a row, and employers are not necessarily enforcing safety regulations. “Employers were not enforcing the proper ventilation on site,” Bonds said. “It is only performed when an inspector would appear.”

If nothing other than zero exposure ensures health, not even “proper ventilation” can. Would the provision of acceptable air quality, thus “Zero Exposure”, in coal mines require the equivalent of an “in mine tornado”? High levels of methane and other airborne contaminants in underground workings are often most easily controlled through dilution with increased ventilation airflow. This clearly does not mean “Zero Exposure” and an in mine tornado is being requested.

What about various other industries? As an example:

If really nothing other than Zero Exposure and an “indoor tornado” ensures the safety of exposure to e.g. SHS we might as well scrap Ventilation/air cleaning technology altogether.